Ras Sound Intl. presents Zagga -  "The Official Free Up Mixtape". Check it out! 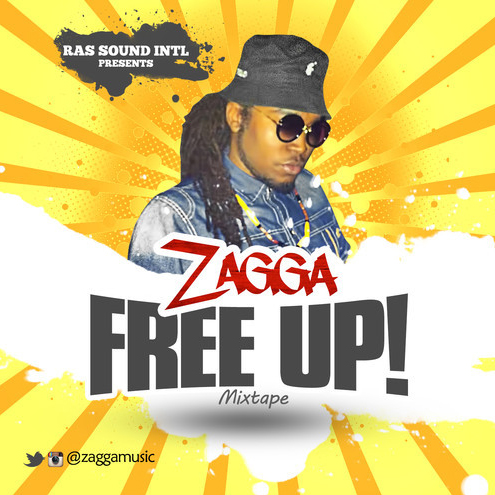 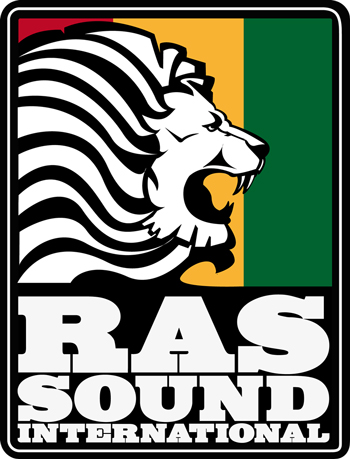 Ras Sound Int'l is a Reggae, Ragga and Dancehall Soundsystem founded by the Kenyan soundman Jah Maik and the Austrian radio DJ Cooler Ruler in 1992. Together they organised the first Reggae parties ever in Salzburg and provided good music on their radio show every 2nd Tuesday on 107.5 FM (radiofabrik.at) After being in Kenya for some time Jah Maik returned to Austria in 2006, and revived the sound with welcoming the new member Mykal. In 2008 the sound was expanded again and Selectah Cashyuh and Jah Maik's son C-Black joined the sound. Soon new regular parties were organised and today Ras Sound is well known in Salzburg for the regular live event Jamboree and the weekly date in Soda Club every Tuesday. But Ras Sound is also known in the whole of Austria for their energetic performances and since a couple of years Vienna is their second homebase, where they play regular shows for the successful party series Ready2Rumble, Viennese Vibez and supported artists like Beres Hammond, Busy Signal, Etana, or Chronixx. In 2012 they proved to be one of Austria's most talented sounds, when they defeated two other sounds at the PEOPLE'S CHOICE COMPETION in St. Pölten. Ras Sound also lives up to its name “international”: Jah Maik, who lives most of the time of the year in Kenya, organises regular dances in Kenya on his own soundsystem and also at shows in Serbia, Germany, Gambia, Ghana and even Kingston they were able to show their skills already. Currently the sound is focusing on their event promotion in Salzburg with artists like Junior Kelly, Ward 21, Skarra Mucci and many more and of course they are steadily expanding their versatile selection of exclusive Dubplates. Soon also C-Black's 2nd Hip Hop Album “Dark Desert” will be released. So no time to get weary, Ras Sound Inter-Outernational coming to you soon!!! 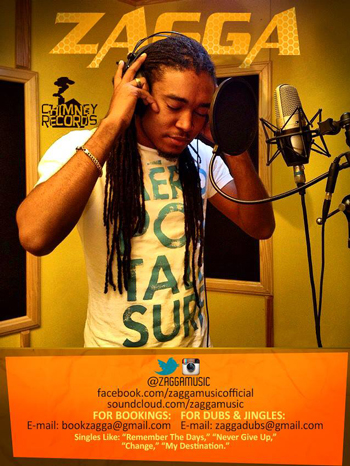 Zagga, a Gemini born Austill Henry, was raised in Ocho Rios, St. Ann, Jamaica. He spent his high school years playing football and later on would dabble a bit with Electrical Studies before going on a complete musical journey.

It didn’t take long for him to realize his love for music; at
age 10 he would always be tapping on the desktops to make different beats while in school. Encouragement came from family and friends who could see the potential in his natural talent. He began to cultivate his own unique style with the influence of Hip-Hop mixed with other genres of music including Reggae and Dancehall.

In his early 20’s, Zagga released his first mixtape “The Remix God”, which is a compilation of popular songs remixed with his own flavor. The mixtape was a success and was requested repetitively on popular radio stations such as ZIP 103 FM, HITS 92 FM and IRIE FM. “The Remix God” got over 2,000 downloads in its first week and received great reviews by disc jockeys, artists and fans.

Ruption of RD studios who is a good friend of Zagga and fan of his music, heard “Island Breeze” on the “Island Vibes Riddim” via Facebook, and that triggered him to take the song to producer, Jordan McClure of “Chimney Records”. Jordan was impressed and before long Zagga was discussing a management deal with “Chimney Records” which would push him to make his move to Kingston, Jamaica to further his career. “It was a good feeling to get signed, and it feels even better when I see the kind of people I’m around; they are good people.” Zagga stated when asked about his first management deal.

Since being signed, he has had quite an eventful time with releases such as “Remember The Days” on the “Chill Spot Riddim”, “Never Give Up” on the “Tropical Escape Riddim” and “My Destination” on the “Rising Sun Riddim” which have been getting rave reviews and heavy rotation on the airwaves. One of his singles entitled “Change” (November 2011), was number 1 on a few charts in Europe. Zagga has also been working with a number of producers including Romiech Records, Liv Up Records,

DjSmurf Music and Gachapan Records (Japan). He has also been in the media with a range of radio interviews as well as appearing on CVM TV’s ‘Hitlist’, Television Jamaica’s ‘Weekend Smile’ and ‘Entertainment Report’; Jamaica’s top entertainment programme which also featured his hit single ‘My Destination’ at number one on their Top Ten chart for three weeks.

2012 into 2014 has met Zagga with a considerable amount of growth; the artiste has gained more popularity and recognition for his lyrical prowess and versatility. In recent times he has become one of the anticipated freestyle artistes on Zip 103’s ‘Urban Mondays’ hosted by ZJ Chrome. Last year he also started his “Change Mixtape” series with releases in Africa (hosted by ZJ Heno), the United States of America (hosted by Waggy Tee Movements) and Japan (hosted by Unity Sound). This series will continue with releases from Jamaica (Jazzy T) and Portugal (Spit Fire Sound).

Zagga continues to focus his energies into creating new music and developing his craft. He now has his very own band and they appeared in his “Never Give Up” music video released in September 2013. He is also working on a single with Alaine to be released soon.

“Never give up. Work hard and be patient, because what you put in is what you will get out” is Zagga’s philosophy and his music continues to be a testimony of that.