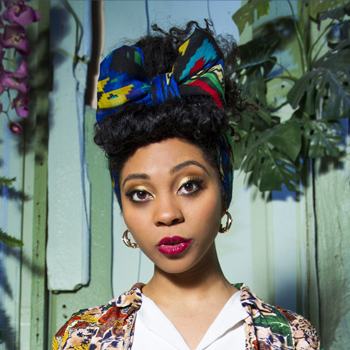 Hollie Cook is the daughter of Sex Pistols drummer Paul Cook. Her mother Jeni was a backing singer for Culture Club and Boy George is her godfather. Hollie Cook joined the re-formed Slits and performed on the band's 2006 EP Revenge of the Killer Slits. She went on to collaborate with Ian Brown and Jamie T, and recorded her self-titled debut album in 2011 with Mike "Prince Fatty" Pelanconi, featuring George Dekker of The Pioneers and Dennis Bovell. The BBC, reviewing the album described it as "one of the most enjoyable reggae albums of 2011 so far". She went on to record a radio session for the BBC and appear on Later... with Jools Holland. De Telegraaf gave the album a four star review. In 2012, she was chosen as one of the support acts for The Stone Roses' reunion shows. A dub remix version of her debut album was released in May 2012. She also featured on the 2012 Q covers album of Amy Winehouse's Back To Black, Back To Back To Black, covering "You Know I'm No Good". Her second album proper, Twice, was funded via PledgeMusic and was released in May 2014. Cook describes her music as 'tropical pop'.