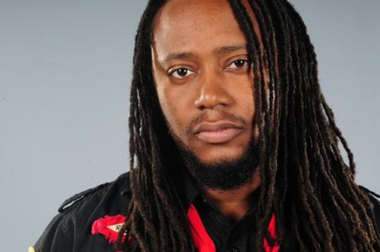 Duane Stephenson is more than just a reggae singer.  His work exhibits  the versatility of many of music’s greatest artists in the pop realm;  mixing poetic lyrics that address social ills, romance and global issues with excellent phrasing, potent hooks and melodic changes -  all delivered in an extremely nimble tenor that wakes the soul and challenges the mind.

Duane Stephenson’s work as a songwriter reflects contributions from a diverse group of industry veterans including a collaboration on “Better Tomorrow” with Jamaican mega-producer Handel Tucker creator of hits for Maxi Priest, Diana King, Shaggy and The Fugees.  “Better Tomorrow” is an uplifting ballad with world music influences and an optimistic message.  An accompanying video was directed by Ras Kassa the Guru director of Damian Marley’s Welcome To Jamrock and other innovative videos with Sean Paul, Richie Spice and Tarrus Riley.  The” Better Tomorrow” video features uplifting scenes of people striving to overcome obstacles and a sincere message of encouragement to those in the artistic community with scenes that include a ballet dancer,  as well as varied musicians including a full string section.

Duane’s current album BLACK GOLD released on VP Records, is nominated for the 2010 Album of the Year at Jamaica’s EME (Excellence in Music & Entertainment) Awards.  “Rescue Me” the initial single from the BLACK GOLD album has maintained a top three chart position for several weeks, reaching #1 and the BLACK GOLD album has reached #1 on the Jamaica Music Countdown.   These songs are written with originality and profound intention as Duane explains,  “When we do an album, we do music that people can relate to because any situation you find yourself in, chances are someone else has found themselves in that situation.  It is real life situations, so the real life emotions come out, that is how it is.”

Duane wrote “A Step for Mankind”  with The Wailers to benefit the United Nations World Food Programme.  The track has become the anthem for global hunger eradication. The song is featured on Oniric Record’s Solutions for Dreamers: Season 3 which directly benefits the WFP, the song is most importantly a call to action for everyone to stand up against hunger and truly help mankind take a step in the right direction.  Duane was introduced to the Wailers through their work with the UN World Food Programme.

In October, 2010 Duane was invited by the World Food Programme to honor Secretary of State Hillary Clinton at the The George McGovern Leadership Award Ceremony as part of his work to raise awareness on the need for more action in addressing the issue of world hunger.  As for the scope of his contribution as a reggae artist and humanitarian, he explains: “What I am doing is part of a larger mandate. The more you can do to make the world a better place for everybody, it is really a pleasure to do the little bit that I am actually doing, the feeling is great.”

In the fall of 2010, Duane teamed up with The Wailers, led by Aston “Family Man” Barrett  performing as a special guest on tours throughout  North and South America. in Brazil he shared equal billing with Ky-mani Marley, Big Mountain, Pato Banton and The Wailers for the  One Life Tour. Recent shows have garnered a positive response with sold out performances for this compelling songwriter and versatile singer.   Festival performances in 2011 include the Rotterdam Reggae Festival in The Netherlands, Rockers Rockers Rockers in France, Sierra Nevada World Music Festival in the United States.

Duane Stephenson’s second single from the BLACK GOLD release, “Sufferer’s Heights features vivid lyrical images in sung with conviction, backed by lush female harmonies, and punctuated by intricate horn lines.  Through these lyrics, Duane reminds the listener that although we may have financial concerns, there is a profound lack in the world’s under-served, “sufferer” communities, with the refrain, “things could be better, things could be worse….In a sufferer’s heights, the youths can’t find no dinner, and pure old clothes they dress up inna.”

His debut recording, FROM AUGUST TOWN released on Cannon/VP Records and produced by reggae maestro and saxophonist Dean Fraser was heralded by Billboard magazine as one of six albums, “collectively galvanizing a roots reggae revival” with “lyrics that convey romantic longings and the anguish of ghetto realities with equal conviction.”   Pitchfork.com cited the album as “undoubtedly a highlight of not just 2008, but perhaps the past few years.”

His new album’s title  BLACK GOLD has its metaphorical roots in several areas, including the “representation of self-worth as a black person, and by extension Africa,” as Duane explains, “BLACK GOLD is also oil and we see how precious it is and how much abuse goes on to obtain it; people are suffering and yet we are spending millions on guns, bombs; instead of buying steel to make a house you buy it to make a gun.  The song and album title also speak to the value of our music, because it is black gold.”  As Duane reflects on the songwriting process for his second album, he notes, “I started to travel, meet new people and have new experiences; there is so much growth mentally, emotionally, and musically, I tried to encompass that growth into the songs on BLACK GOLD.”  And as for the messaging on the album he explains, “A record must have a purpose, and my ultimate purpose is to speak about what is happening but to ultimately leave people with hope.”

Collaborations on BLACK GOLD abound with some of reggae’s most innovative lyricists and such as dub poet Mutabaruka who speaks truth to power on the acoustic track, “Truth Is” or sparring for a woman’s affection with Gramps Morgan on the country music-influenced, “Rescue Me” or addressing issues facing Jamaica’s young girls with the outspoken Queen Ifrica recording the cover of Dennis Brown’s  “Stay at Home.”

The collaboration with maestro Dean Fraser began when Duane Stephenson was the lead vocalist of the band To Isis, a role he filled for ten years before releasing his solo debut.  Duane first approached Dean to produce a To Isis album. Fraser, who has contributed to more than 1,000 albums in his career including chart-toppers by Luciano and Tarrus Riley, saw the raw talent in Duane, whose first hit song FROM AUGUST TOWN, chronicled the life experiences he had growing up in this area of Kingston, where he had watched many fall from violence and the ills of poverty.

Duane Stephenson was surrounded by music as a youth, his uncle Michael Rutherford was the lead singer of a popular group known as Sunny Bradshaw and the Big Band.  During his childhood he was encouraged to participate in music studies and attended Cathy Levy’s Little People and Team Players Club, a performing arts school based in Kingston, Jamaica.  Being a member of this club allowed Duane to travel extensively throughout Jamaica, The Caribbean and the United States where he performed for US president Bill Clinton.

Duane Stephenson creates music that uplifts and enlightens with a greater mission for the betterment of humanity.  Watch for his music and message, in celebration of his latest release BLACK GOLD.