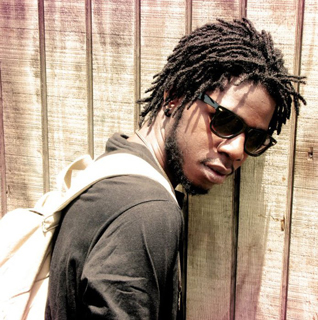 Jamar Rolando McNaughton, using the moniker Chronixx, has ignited a torch in people’s hearts the world over and
is confidently lighting the path for an entire generation of youths to rediscover roots and culture.

Born October 10, 1992, Chronixx was musically nurtured from an early age by his father, the artist Chronicle, and grew up surrounded by the likes of Burro Banton, Norris Man and Gregory Isaacs. This was before ‘Little Chronicle’ benefited from the mentorship of Danny Browne with whom he recorded his first tune in 2003. His remarkable ascension in the music industry was in full effect when he began harmonizing for artists such as Lutan Fyah and providing production assistance for tracks sung by Konshens, Munga Honorable, Popcaan and others.

Today, Chronixx is a respected artist in his own right after his career was stimulated by the unfortunate passing of both his blood brother in 2007 and his brother-in-arms, Lil’ J.O.E., in 2010.He decided during that period of grief to bypass the difficulties of a young producer seeking external talent by, instead, channeling his energy wholeheartedly as a vocalist. Thankfully, early and unwavering support was received from Zincfence Records producer Romaine ‘Teflon’ Arnett, who was the first to urge Chronixx to sing the lyrics he was writing for others.

The first EP, Hooked on Chronixx, was released in 2010 and immediately put the budding artist on the radar of music lovers and industry heads alike. Among its 7 tracks, ‘Start A Fyah,’ ‘Capitalist’ (featuring Infinite) and ‘Behind Curtain’ stood out as a fan favorites, reaching far beyond Jamaican first official video and served to alert many more to his arrival.

Chronixx toured for the first time in 2013 when he went to Europe with his own band. Soon afterward, he bestowed a name upon this carefully assembled musical crew: Zincfence Redemption. Altogether, their fascinating stage presence has elevated the Chronixx experience to new and ever increasing heights.

Also in 2013, he and his team were Jamaica’s only representation in Nairobi, where he performed as a Peace Ambassador ahead of Kenya’s general elections. The next year, he found himself in New York City where he participated in a reggae and jazz series together with living legends Ernest Ranglin and Monty Alexander. By this time, Chronixx had established new and renewed working connections with Sly & Robbie, King Jammy, Leroy Sibbles and, again, Danny Browne.

The Dread & Terrible Project was released in April 2014 with seven tracks plus three dub versions, immediately topping both the Billboard and iTunes reggae charts. Neither an album nor an EP, the Project also includes a short film based on one of its tracks, ‘Rastaman Wheel Out.’ The film was directed by “The Guru” Ras Kassa and has received high critical acclaim. The hit single, ‘Here Comes Trouble’ can also be found on The Dread & Terrible Project.

With so much accomplished in so short a time, the world is bracing for greater wonders from this young man who walks with an old soul. For Chronixx himself, music is a mission and history is being made everyday still.

“Prepare your minds and hearts for this revolution.”