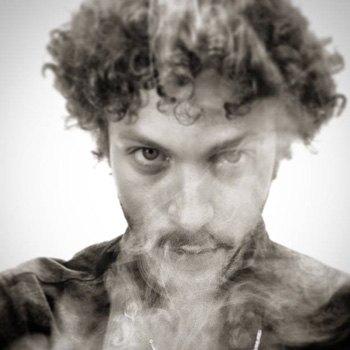 Deep blue eyes and a lot of undeniable talent: this is Attila (Davide Musca, 1986) one of Italy's most important and active voices of the italian dancehall and reggae. Musically he grew up in salento, Italy's most important reggae scene, but when he was 17 he moved to Milan so he could try and make his dream come true: make his voice known through all the most important soundsystems in Europe.
He became known as Pupiddhru thanks to his skills as an MC and a freestyler, but it when he started winning contests he changed his name to Attila. In 2009 he met Mighty Cez and a winning combination was born: they released “The EP” that contained to big hits, “Promises” and “Oh Mamma Mia!”.
Thanks to those singles they got to go around Europe and play with big name sound systems like Pow Pow, Heavy Hammer, Sentinel and Kalibandulu; but the reggae scene wasn't the only one to notice them. The italian hip-hop world started to get interested and Attila became part of the Roccia Music collective, founded by none other than Shablo and italian rapstar Marracash. He collaborated with Marracash on the very popular “Genesi” mixtape and with one of Italy's top producer's Deleterio on his album “Dadaismo”; he also released an EP called “#CULO” with italian duo Ackeejuice Rockers.
Attila sound is the sum of three things: the reggae traditions, the power of dancehall and hip-hop rhythms. In his frst album, “You Neva Know Me”, these three elements really come through; with it's 16 tracks, all produced by Mighty Cez, it sure to make a big impact on the reggae scene and maybe not only that.
“You Neva Know Me” will be out in digital stores from the 24th of February 2015.