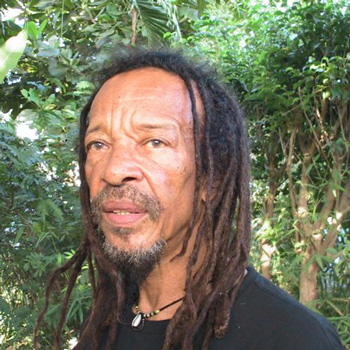 Kiddus I (born Frank Dowding in St. Mary, Jamaica, December 1944) is a reggae singer and musician, best known for his appearance in the film Rockers. Dowding was a member of Ras Michael's Sons Of Negus from 1971 to 1978, singing and playing funde drums. Rockers director Theodoros Bafaloukos had seen Kiddus recording "Graduation In Zion" two years before the film was made and together with Rockers producer Patrick Hulsey decided to film Kiddus recording the track as part of the movie. Kiddus had by then released a few singles on his own Shepherd label, including "Security In The Streets" which was recorded with Lee Perry at his Black Ark studio. After a handful of further singles, little was heard of Kiddus I until French label Makasound issued "Inna De Yard" in 2005, one of a series of albums recorded acoustically by Earl "Chinna" Smith and vintage reggae artists in Jamaica. Japanese label Dub Store Records then reissued some of the 1970's singles, followed by the anthology "Graduation In Zion: 1978-1980" in 2007. Kiddus I himself is a mysterious figure. Kiddus (which) means "Blessed One " in Amharic) operated a Rasta commune and crafts center (Zap Pow, the band who brought us non other than Beres Hammond and whose horn section included David Madden and Nambo who went on to play with Bob Marley, Sly and Robbie and more) at 1C Oxford Road (Kingston, JA) : it's location at the juncture of Uptown and Downtown meant persons of all social strata could meet in a harmonious atmosphere. Kiddus I was also a very prominant member of the 1978 Peace Movement, praising the efforts of "brother Claudie, brother Buckie, Tony" on record with "Security In The Streets" issued on his Shepherd label. Dowding is now in his 60s. His voice remains eternal.