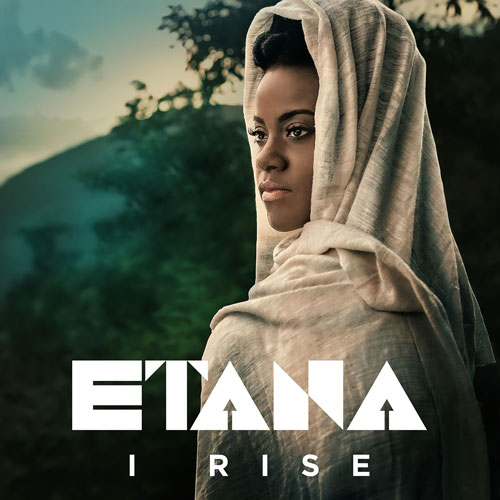 Etana is happy to announce the release of her brand new album I Rise, available Oct 28, 2014 on VP Records. The beautifully-orchestrated set is helmed by the legendary Jamaican multi-instrumentalist and producer Clive Hunt, whose credits include Byron Lee & The Dragonaires, Chaka Khan, Stevie Wonder, Peter Tosh, Rolling Stones, The Wailers, Grace Jones, Jimmy Cliff and many more. Clive arranged an all-star team of the island's musicians to contribute to the set - including himself, Sly Dunbar, Robbie Shakespeare, Grub Cooper, Handel Tucker, and Dean Fraser. The Jamaican singer-songwriter's melodic power blended with Clive's rich arrangements sets this album apart as one of the best throughout her stellar career. 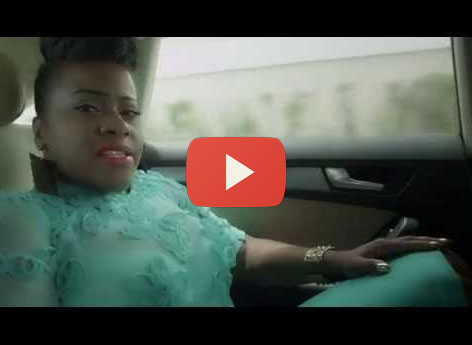 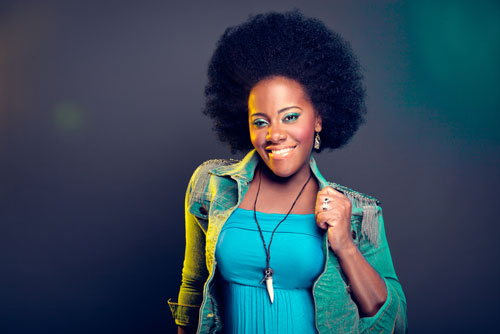 Reggae music has birthed yet another rarity- a spirited and soulful singer/songwriter in the eloquent and enchanting empress Etana!
In the early 2000s, singer Shauna McKenzie fully recognized the power of music and its widespread influence, especially upon the youth; that realization prompted a seismic shift in her career trajectory. Living in Florida at the time where she was studying to become a nurse, she left college to join the female pop-R&B trio Gift. While shooting a music video with the group she defied the overtly sexual stereotypes forced upon female artists and walked off the set, protesting the requisite attire of lingerie and stilettos and invasive camera angles. She returned to her birthplace, Jamaica, with the intention of opening an internet cafe but a fateful meeting with 5th Element Records, then the management/record label of reggae singer Richie Spice, resulted in her selection as one of Spice’s backup singers and eventually, her own recordings.
She chose the name Etana, which means ‘the strong one’ in Swahili; her strength was manifested, this time around, by pursuing a musical career strictly on her own terms. Etana’s elegantly modest Rasta-chic sartorial style is as distinctive as her sound: an audacious fusion of folk, soul, jazz and reggae supporting a powerful vocal range suggestive of the ancestral spirit of South Africa’s Miriam Makeba, the regality of reggae queen Marcia Griffiths and the soulful verve of Etta James. “I looked at how women were being represented in (Jamaican) music and how little girls think that is the way it is supposed to be, and I wanted to be a positive influence and change some of the things they are taught,” Etana reflected.
Ever since the release of her first single in 2007, “Wrong Address”, which highlights the discrimination faced by some Jamaicans living in violence-plagued communities, followed by “Roots”, which cautions the younger generation to maintain their culture (“you cyan water down and dilute, you cyan hide the truth from the youths”) Etana has consistently wrapped encouraging and edifying sentiments in gorgeous melodies and lushly textured rhythms. Her debut album for VP Records “The Strong One” was released in 2008 to extensive acclaim while her sophomore album “Free Expressions” including her deeply emotional rendering on “Free”, broadened her fan base.

On February 26 2013, VP Records released Etana’s third set “A Better Tomorrow”; recorded at Kingston’s legendary Tuff Gong Studios, it is her most confident and cohesive work to date. “I wanted this album to feel like a concert performance and have everything go together, like chapters in a book, with all of the tracks played live by musicians (not digitally generated),” Etana explained. Producer Shane C. Brown of Kingston’s Juke Boxx Productions brilliantly executes Etana’s vision.

Operating now from Freemind Music LLC's office in Fort Lauderdale, Florida and her local office in St. Andrew, Jamaica. Etana continues to tour America and Europe consecutively each year. She has expanded her brand to incorporate a merchandise line of "All Natural Body Bars, Body lotion and Body butter.

Etana has also been an advocate and activist for impoverished children in Jamaica and battered girls through her charity organization the "JUST ONE FOUNDATION". Etana has been actively offering her services and time to various charity organizations in Jamaica, raising funds toward alleviating the problem of poverty in Jamaican garrison communities. A true ambassador for Reggae music and female in the music industry, she is relentless in spreading her message of "unconditional love" through positive music with the hope of uplifting her audience from any situation that render them weak or hopeless. Prepare yourself for the Etana Experience!