Legendary digital UK roots band interview by Reggae.Today staff after a unique session on Angel Dub Sound System in South Italy.
Christine explain very well her passion for this music. Influenced by Lee Perry's Super Ape Christine with John Sprosen founded this mystical dub music band. They have released several dub albums played by reggae roots dub fanatics and by legendary sound system as Jah Shaka and Aba Shanti I.
Today the Italian dub singer Dan I and the percussionist/producer Jonah Dan are very important part of this band during their live set. 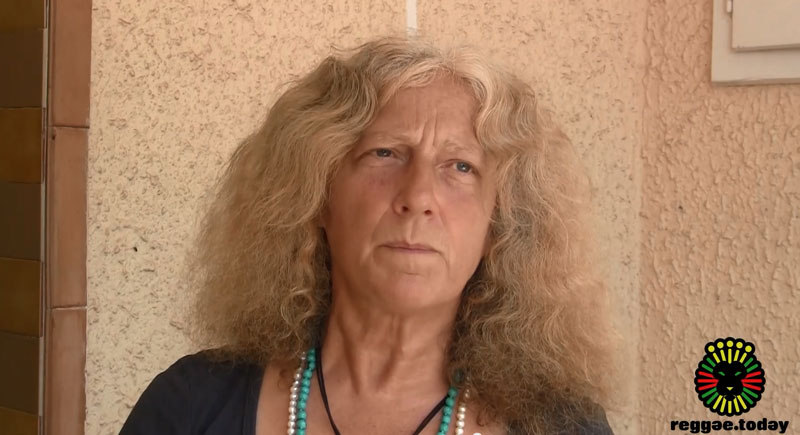 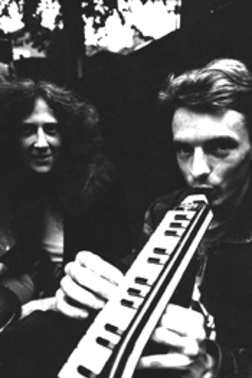 As the duo, Alpha and Omega, Christine Woodbridge and John Sprosen have created a style of dub, the remixing offshoot of reggae, that is uniquely British. While they were initially influenced by original dub recordings by Lee "Scratch" Perry, King Tubby and Augustus Pablo, Woodbridge and Sprosen have continued to evolve their own sound. "Option" magazine explained, "through minimal manipulation, (Alpha and Omega) deliver the listener to a place of great sonic peace". According to "The Wire", "The compelling presences at the hear of these airy sonic worlds have a harder edge than some of their ancestors'. "Pulse!" dug even deeper into their explanation of Alpha and Omega's sound, which they described as, "massively thunderous bass lines, galloping drum tracks and a willingness to tastefully adorn dubs with digital flutes and various electronic sounding washes". Bassist Woodbridge, one of reggae's few woman instrumentalists, and keyboardist Sprosen began working together after meeting in the southwestern coastal city of Plymouth in Devon, England. Both musicians had previously played in various reggae bands and Sprosen had worked with the Roaring Lion Sound System. Pooling their resources, Woodbridge and Sprosen spent several years recording rhythm tracks prior to releasing their debut album, Daniel in the Lion's Den, as a cassette that they released on their own label, A & O, in 1990. Two years later, the duo signed with Greensleeves, keeping the imprint A &O as part of the agreement. Alpha and Omega have continued to collaborate with other British reggae bands.